According to the U.S. Census Bureau, Idaho was the fastest growing state between July 1, 2016, and July 1, 2017, with a population growing by 2.2% and had an increase of 1.7% in the number of housing units built. Since the last census, Idaho was number 4 in terms of housing unit growth. The state saw it’s housing stock increase by 8.1% between April 1, 2010, July 1, 2017—lagging behind only North Dakota, Utah, and Texas.

Between the years 2011 and 2015, developers built more housing units that were needed to compensate for the growth in population. According to the Idaho Statesman, “between 2011 and 2012, the state added 11,493 more people. It Needed 4,272 houses to shelter them. Developers built 5,948.” But there was a slow construction period during the recession while the population grew and experienced a bottled-up effect.

Other areas like Treasure Valley, the most populous region, are experiencing the need for more affordable housing. Building codes have lightened up to allow houses with smaller rooms and lower ceilings in an effort to spur construction towards more affordability.

Jason Blais, a city building official, said that in the last decade, Boise and the rest of the country have been building bigger homes.  According to the Idaho Statesman, Blais did an analysis of new single-family housing units built from March 2017-2018 and found that the average home being constructed was around 2,200 square feet.  “There’s just not many small and medium single-family dwellings in that 1,100-1,500 square foot range that we used to see.” He believes that if you take 600 square feet off of 2,200 square feet, that reduces the house cost by $90,000-$96,000 and allows more people to qualify for a loan and afford a home.

Being one of the fastest growing states with developers focusing on larger houses has brought new concerns on preserving local landmarks and fighting proposed subdivisions that impact agricultural land and open spaces. It’s important for the state to think about housing affordability with more people coming into the state while balancing how it will impact land use. 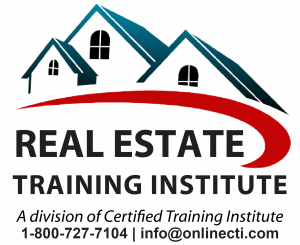 Well worth it! I would pay for the course even if it wasn’t for continuing education… . I would absolutely take a class from Certified Training Institute for my next renewal.

Brian Brown from OR

I was really impressed, it was very easy, I loved it. The course was self-explanatory and let me take it on my own time. I am a busy mother and I liked that I could work at my own pace.  I appreciate you guys, it was awesome.

This was a great course. The instructor was very knowledgeable.