According to New Survey Homebuyers, Now’s a Good Time to Buy 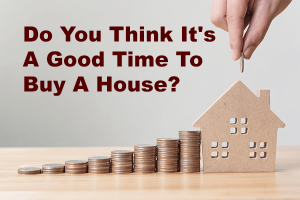 Good Time to Buy a Home

It’s a good time to buy a home, according to research from the National Association of Realtors. 65 percent of people echoed this sentiment in the Housing Opportunities and Market Experience, or HOME, report.  This enthusiasm is the highest it’s been since the second quarter of 2018.

Older boomers and those from the silent generation are the most optimistic, 75 percent said now is a good time. Just 51 percent of Millenials agreed. Home owners are more likely than renters to say that now is a good time to buy.

Good Time to Sell a Home

Even more people say it’s a good time to sell – 69 percent according to the HOME report. Earners who make $100,000 or more, people living in the West and Young Boomers were most likely to respond this way.

Feelings about the Economy