Who Should Pay the Buyer’s Agent? 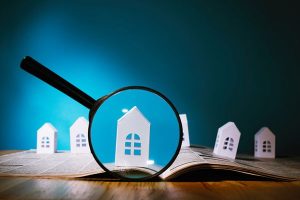 Traditionally in America, the home seller pays the buyer’s agent, however–that tradition is under fire due to new lawsuits filed in Chicago against the National Association of Realtors and others. The outcome of the cases could have far reaching impact in the world of American real estate.

According to a recent Washington Post article, class-action lawsuits have been filed against NAR, the nation’s four largest real estate brokerages, and the MLS companies they use. The suits state that federal anti-trust laws have been violated by the named entities by forcing sellers to pay the buyer’s agent inflated commissions.

The claimants state that the buyer’s agent should be paid by the buyer in a competitive market, and also that the split commission contracts enforced by MLS companies often cause the seller’s agents to be unfairly compensated.

The outcome of these suits could affect home owners and buyers as well as agents and brokers.  Some say that if the courts rule against the defendants that commission rates for buying and selling agents will go down in order for agencies to stay competitive in a customer’s market. If home buyers were required to pay their agent’s commissions instead of the sellers, they would negotiate directly with the agent to pay only for services rendered, as opposed to the blanket commission currently paid by the seller.

The downside to such a situation going into effect is that when it comes to purchasing a home, buyers are already at a financial disadvantage—forced to pay for closing costs and moving costs on top of the price of a home. According to the Post, some Realtors say that the added expense of having to pay their agent’s commission would put a heavy strain on “first-time and other cash-short buyers”. This could have a negative impact on real estate markets across the country.